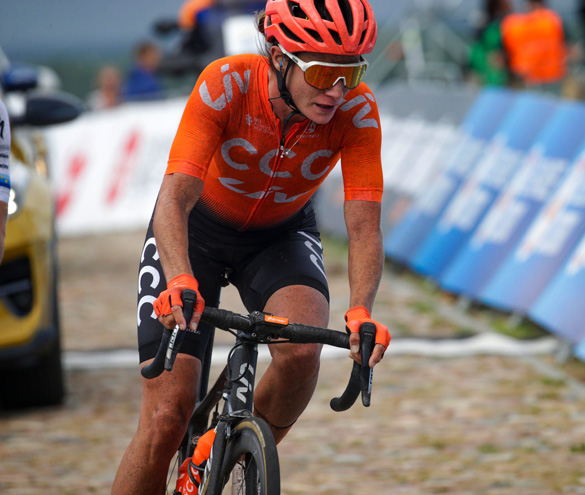 Marianne finished fifth on Sunday in the Dutch cyclo-cross Championship in Rucphen. It was her last appearance in the field this winter. Next week, she will be medically treated for a groin disorder.

Marianne: “The complaints have been around for some time. A recent check-up revealed the cause: a nod in the artery. In consultation with the CCC-Liv medical team, I decided to have surgery performed as quickly as possible. Racing in the Dutch championship wouldn’t physically do any harm. I wanted to prepare myself at rest to be as fit as possible and to go to the limit one more time today.”

The operation on the artery in the groin will take place next Thursday. “If everything goes according to plan, I can burden my body again six weeks after the procedure. In cooperation with the team, I am working on a recovery process in order to achieve my goals during the road season. However, a successful operation has top priority at the moment.”