A few centimetres. That was the difference on the finish line between Marianne and winner Lizzie Deignan on Saturday afternoon in La Course. CCC-Liv’s team leader and the Brit proved to be the strongest sprinters of a leading group of six, which originated on the second climb of the Côte de Rimiez, just outside Nice.

“We didn’t have big plans for today, we knew in advance: the race will open on the Côte de Rimiez. We had agreed that we had to be positioned in the front on that climb and be attentive, which we were. Marianne was alert when the pace accelerated. Soraya Paladin initially as well, but it went a bit too fast for her. Pauliena Rooijakkers just about missed the connection”, says sports director Jeroen Blijlevens.

“It looked pretty good for us in the leading group of six. The cooperation was fine, Marianne certainly did her share of the work. We knew she would be the strongest sprinter on paper. Marianne started the final sprint from quite a distance. It was promising for a long time. But Deignan, who had still another teammate and cleverly used that advantage in the final, unfortunately beat her.” 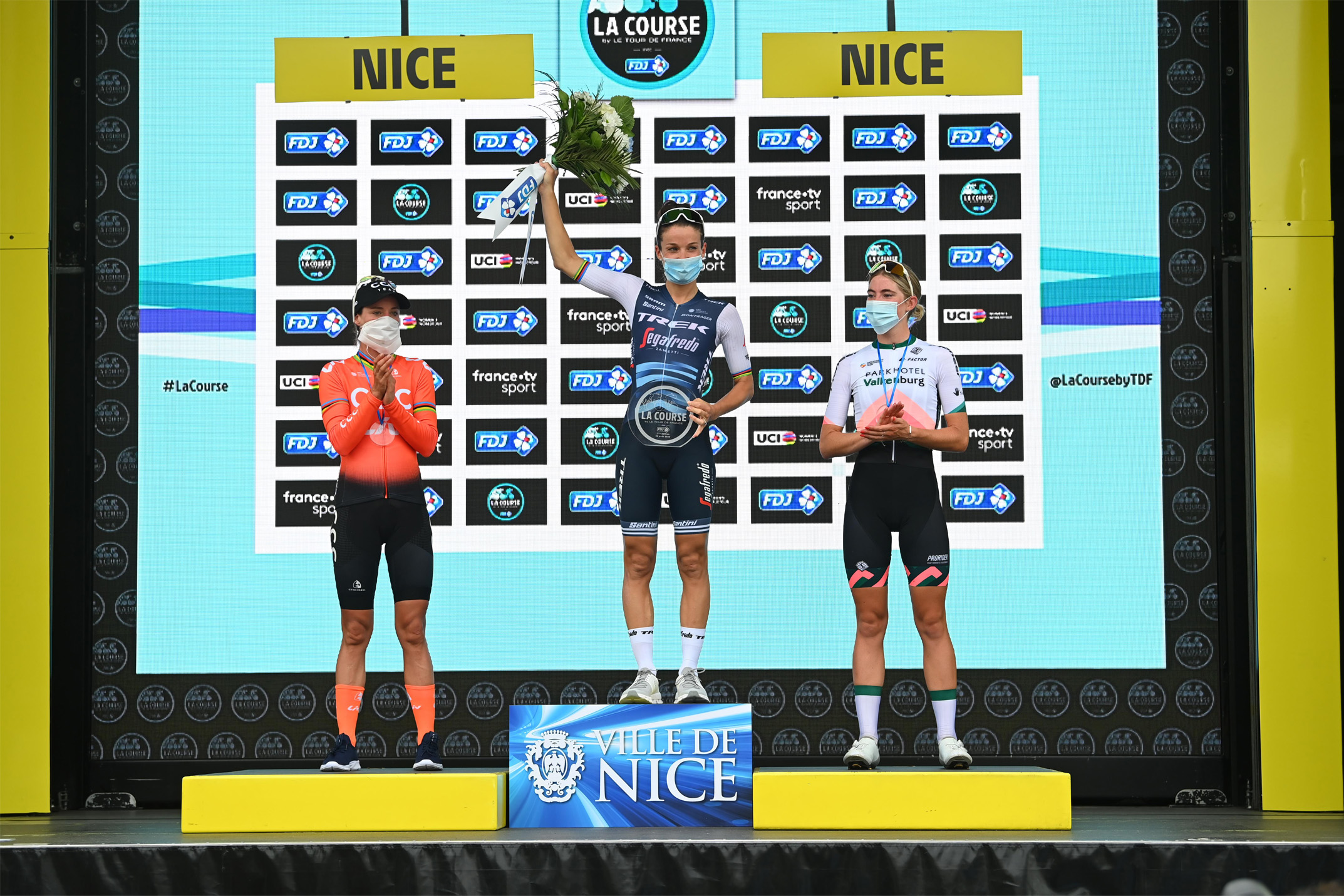