Marianne Vos has won the national cyclocross title in Rucphen.  For Vos, it was her seventh victory in her country’s championship.

In Rucphen, The Netherlands, a strong Marianne Vos was alert from the start. She did not waste any time and showed her ambitions. The rider of Team Jumbo-Visma Women increased the tempo a few times and, at the second attempt, broke away from the entire field. The 34-year old rider finished the race fully focused and secured her seventh Dutch title. 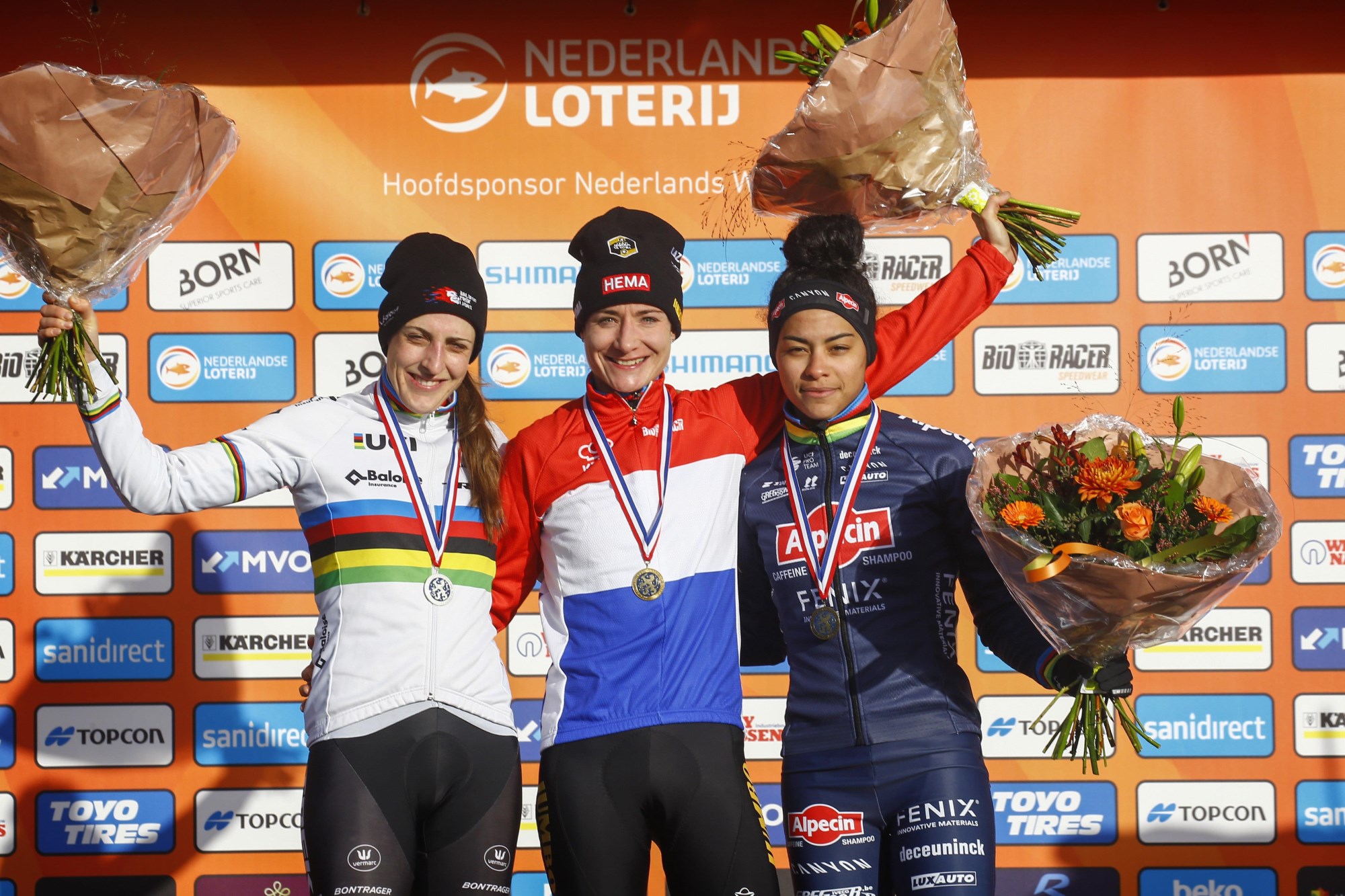 “It went well today”, the new Dutch champion said. “The start was good and that is very nice on this fast track. I took a small lead fairly early and then tried to expand it. With Lucinda Brand right behind me, I knew I couldn’t stall. This is what I had hoped for. It is very nice that it worked out. A championship is always extraordinary. The way it went and the strong field of competitors make this title extra special.”